Recycling activity: Process mixed cables. Approximately 13 tons per day in one shift (8 hour work, 1 hour cleaning, i.e. 1,8 tons/hour). The company was founded in 1948. The company downsizes, separate and recycle nonferrous metals (like copper, aluminum, zinc, lead, nickel, tin and steel) as well a electric cable. They have been active within electric cable recycling since 1980. Turn over: €10 million. 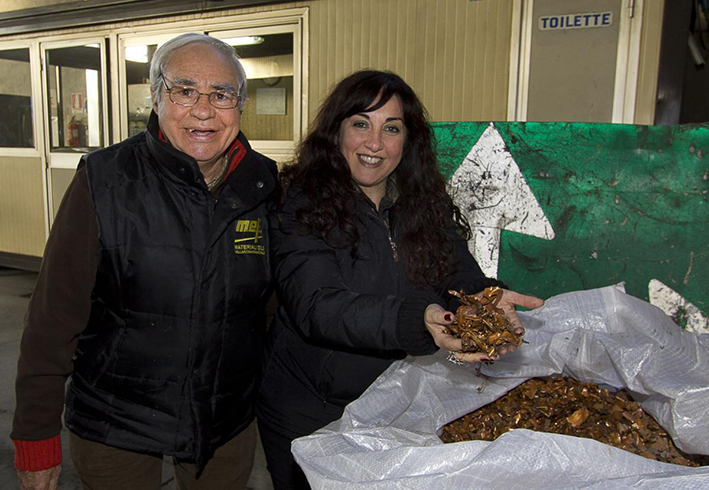 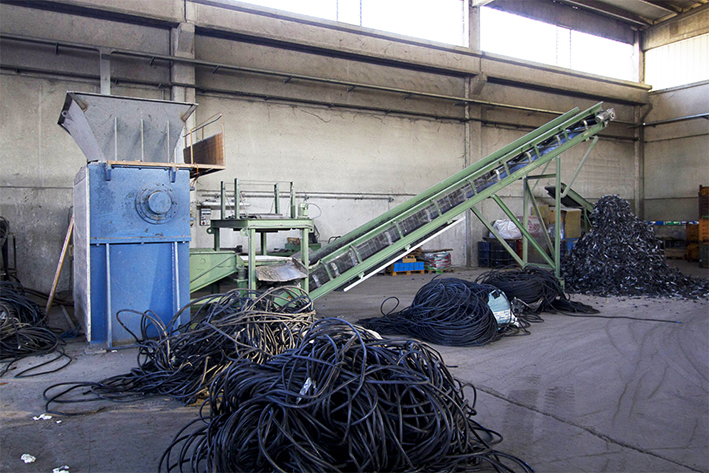 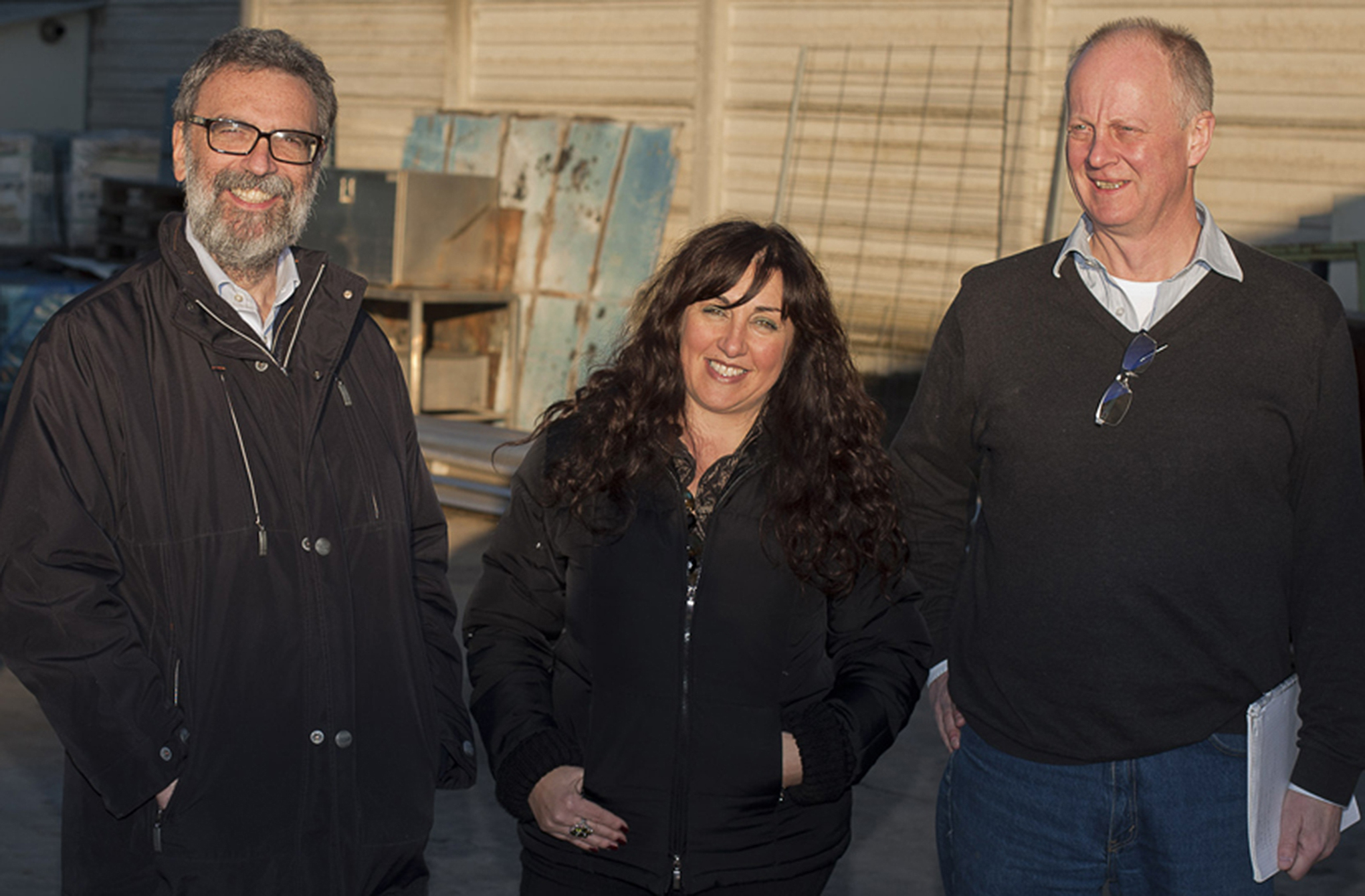 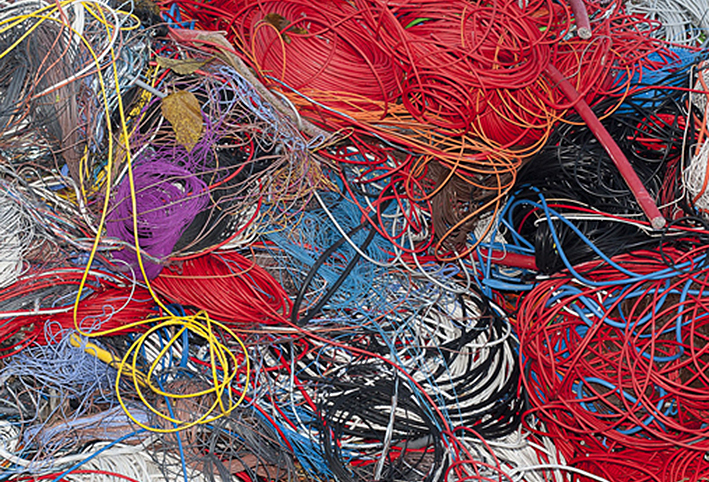 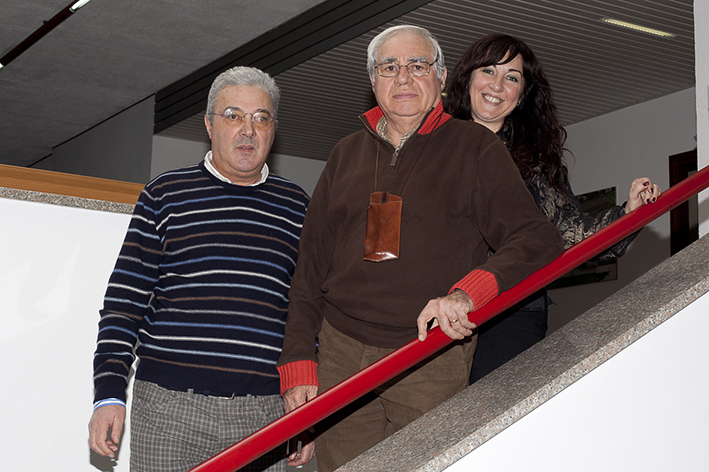 Poggio Metalli s.r.l. is a successful family owned metal trader and recycler from Spinetta Marengo, Italy. The company was founded in 1948 by Mario Poggio and his wife Giulia Poggio. Since then the company has grown from a small local metal trader into a large cable recycler with a capacity requirement steadily growing each year. The ownership is soon to be taken over by their granddaughter, the third generation of the family; Luisa Poggio.

Getting Into Cable Recycling

Poggio Metalli is a metal trader (mainly within non-ferrous metals) and a recycler of cable. They place empty containers with their customers, who fill them with e.g. waste cables. When they are filled, Poggio Metalli pick them up again, and bring them back to the recycling facility for processing.

Since the beginning of the seventies’ the three brothers and sons of the founders Luigi Poggio, Bruno Poggio and Renzo Poggio have run the company together. In 1974 they started a foundry where they melted the recovered zinc alloys into ingots. In the end of the 1980’s they got in contact with Alessandro Silvestri, at NME s.r.l., the local Eldan agent.

The brothers knew that metal smelting was a pollutant process, and had therefore started to look for alternatives to smelting the metal. Since they were already involved in cable scrap as dealers, Silvestri suggested that they should recycle the cables instead. “The fact that recycling is better for the environment made us change from burning the metals to instead recycling them” says Luigi, owner of Poggio Metalli. “Burning cables is bad for the environment, while recycling them is very good.”

At this time Poggio Metalli did not have any particular requirements regarding capacity or output. They where basically just interested in getting into the cable recycling business. Their idea was to start investing a reasonable amount of money to see how this new business would turn out.

Within one year, in 1990, Poggio realized that they needed a plant with a larger capacity. The company had received more material for recycling than they had calculated before the purchase of the Mini Module. Since they where happy with the Mini Module and with the support of Scandinavian Recycling, they decided to buy the new equipment from the company as well. They purchased a larger plant containing a Pre-Chopper, a Primary-Granulator, two Secondary-Granulators and Separation Table. The new plant had a capacity of approximately 1.3 ton per production hour.

The Mini Module was sold back to Eldan, who in turn sold it to another customer. The Mini Module is still active today – more than 20 years after it first was acquired by Poggio.

In 1994 the plant was expanded with a third Secondary Granulator in order to increase the capacity to 1.8-2.0 ton per production hour. At the same time a Water Separation System was added to recover remaining metals from the plastic fraction. The metal recovery was increased by approximately 3-5%.

Two years later Poggio Metalli invested in two more Eldan machines – a Super Chopper (SC1412) and a Heavy Granulator (HG129). The Super Chopper (SC1412) is used for pre-cutting of the cable scrap before processing in the granulation and separation plant. This not only reduces the size of the input material, but also increases the capacity of the entire cable recycling plant. In 2011 additional modifications are going to be made on the equipment. The plan is to increase the capacity to 3-4 tons per production hour.

“Enjoying What You Do Is The Most Important Thing”

The relationship between Eldan Recycling/Scandinavian Recycling and Poggio Metalli has been long and fruitful. “I first got in contact with Sandro through one of his colleagues. At that time we did melt down the metals in our foundry, to later on sell them to factories across Italy. This was however a polluting way of taking care of the cable. Sandro convinced us that recycling, through downsizing and separating the material, was the future. The benefits were convincing” says Luigi. “You can say that Sandro changed our company and lives”.

When the Mini Module was purchased in 1989, Poggio Metalli researched the market well. They looked at other European manufacturers and their reference plants. “We visited Scandinavian Recycling’s reference factories in Italy, and also went to see the Mini Module in Sweden. What we saw is the reason why we chose Scandinavian Recycling” says Luigi Poggio. Recycling is thinking about the future, and no hasty decisions should therefore be made regarding the investment in the equipment. “Since cable recycling was a new industry for Poggio, they were of course careful with the investments when they decided to acquire the Mini Module. Once they realized that cable recycling actually was a highly profitable business, they gradually decided to invest more” says Alessandro. “Now we have known each other for more than 20 years!”

“Sandro convinced us that recycling, through downsizing and separating the material, was the future. The benefits were convincing. You can say that Sandro changed our company and lives” Luigi Poggio

As in all other relations, the business relationship should be based on honesty and respect. “I think that the secret behind this good relationship is the fact that both Eldan and I sincerely want what is best for Poggio Metalli. I would never recommend a solution which I did not believe was the best possible solution for them” says Alessandro. “Whether or not they call me to get some help or answer to a question, or to buy new equipment, I will always try my best to help them. And also to have a similar thinking with a customer is important. It is not always possible, but when it happens, like in my case with the Poggio family, it is really satisfying - not just for business but also for private life.”

During the 20 years that have past from the purchase of the Mini Module, Poggio Metalli has naturally gone through some changes. “We have grown from a small company to a large company and received a good reputation in the business. The bigger we become the larger processing capacity we need. We know that we always can turn to Eldan for help to develop the plant and it’s capacity. Their experience and knowledge is priceless” says Luigi.
Celebrating 20 years

In 2010 the recycling plant is celebrating its 20th birthday. “The equipment at Poggio Metalli is a great example of the high quality of equipment that Scandinavian Recycling and Eldan Recycling produce. With the recommended maintenance the equipment will last for a very long time” says Bertil. By sorting the cables before processing them, the result is optimized. “To optimize the capacity of the plant and quality of end products it is important to prepare the material in the way recommended by Eldan. Poggio Metalli is careful with their pre-sorting of cables, and this pays off when you see the result” says Bertil. By giving the customer a better product, the business will increase. Luisa Poggio concludes: “By sorting the cables we will get a higher purity in the end result, and also a better market price. We run for example the sorted dirty cables just before regrinding of the knives, since they are extra rough on the knives. Our customers can rely on the quality of the products purchased from us, and therefore we get a better price. We always try to increase the quality as well as to increase the market of our current consumption. Currently we purchase about 80 percent of the scrap cables from Italy, and approximately 20 percent from sellers abroad. In 2011 we are going to process more cables at a smaller cost per ton.”