Hierros y Metales Díez is active with a number of products and services within industrial waste management – e.g. waste collection and transportation, destruction service and recycling.  Within recycling they process electronic waste (WEEE) and cable. 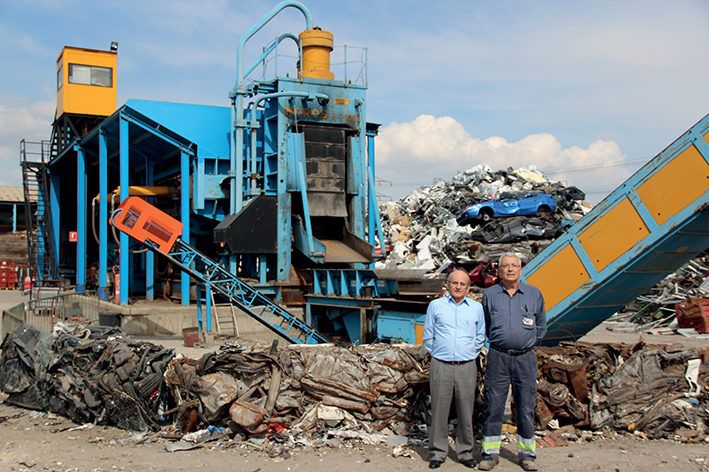 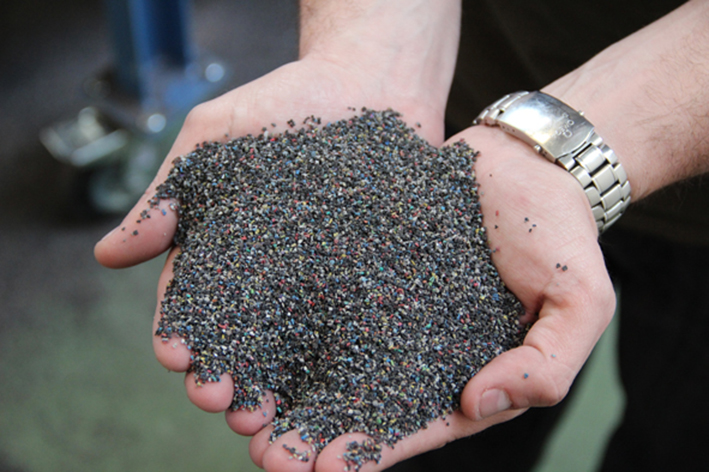 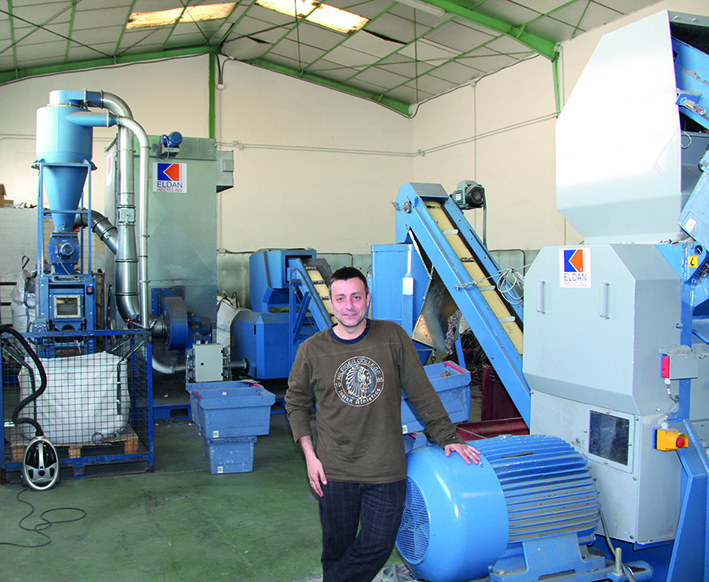 Hierros y Metales Díez in Zaragoza, Spain, is active with a number of various products and services within industrial waste management – e.g. waste collection and transportation, destruction service and recycling. The company was founded in the 1950 by Jesús Díez. Today the company is run by his two sons together with the involvement of a third generation within the Díez family. The company is symbolized by quality and modern technology. Having experience from using other Eldan Recycling equipment, it was an obvious choice for them who to turn to when acquiring cable recycling equipment.

Following the trends of Spain

The third generation of the Díez family is currently active within Hierros y Metales Díez. Jesús Diez (I) founded the company during a time when the recycling industry was erupting in Spain, and everyone wanted to get a piece of the possibly highly profitable recycling cake. The general idea was that all materials, like for example rags, where recyclable, and nothing should go to waste.

During the years the material processed and recycled by Hierros y Metales Díez has changed and the business has evolved with the general and waste trends of Spain. By adapting to which kind of waste was provided, the company has continuously changed and grown. The largest changes have happened during the last few years, and have been a result of technical improvements within processing equipment as well as new legislations.

Today Hierros y Metales Díez mainly focus on ferrous metals, but can also treat any non-hazardous waste. Since many years, they process electronic waste manually as well as end of life vehicles. Including the family, 30 people are employed at the company. “Since we have increased in the number of employees, one might think that we are no longer a family business, which is far from true. It is important to us to have a close relationship within the company and attend each others weddings and baptisms etc. The close relationship also includes our external collaboration partners like Eldan and their Spanish agent Recycling Equipos” says Jesus Diez (II). “My father, who founded the company, never retired, but was active within the company until his passing at the age of 83. Today, my brother and I run the company. In regards to the future, it is nice to know that it will be run by family then as well. Our children are already involved within the company, and get more and more involved in the central parts.”

In 2010 the Díez decided to get into recycling of electronic waste (WEEE), since they saw great potential within that field. Jesús Díez (III) had previously been involved in that area of recycling business, and knew that recycling of electronic scrap generate a lot of waste cables, which would be highly profitable to recycle. Since they had long experience from Eldan Recycling equipment, they decided to contact the Spanish agent, Recycling Equipos S.L. to see what equipment could be offered.

Hierros y Metales Díez was searching for low capacity equipment, yet producing a high quality output attractive for potential customers. “Díez and many other customers told us that the Mini Module, with a capacity of approx. 450 kg per production hour, was still too big for many companies and we took the idea of a smaller plant to Eldan” says Marcos Clavel, sales manager at Recycling Equipos S.L. “Eldan decided to design the Micro Module/E250C. Díez pretty much bought it before having seen it, and even said that if Eldan is building a Micro plant, it will be good. We want it. It is not possible to get a better reaction from a customer.”

When the Micro Module/E250C was introduced at the IFAT Entsorga exhibition in Munich, Germany, in September 2010, it only took 2 hours before it was labelled with a “SOLD” sign…

By just acquiring the Micro Module/E250C they would be able to process at a capacity of approx. 250 kg per production hour - depending on type of cable and method of feeding. The input cables would have to be dry pre-cut cables without any steel and with a maximum diameter of 15-20 mm and a maximum length of 300-400 mm. The cables usually have copper or aluminium conductors and plastic, rubber or paper insulation, e.g. communication wire, installation wire, power cables with copper or aluminium conductors, copper wire and mixed household wire. The main machines in the Micro Module/E250C are a Granulator, a Separator and a filter.

By adding the Rasper Hierros y Metales Díez is able to either process at a higher capacity, include cables with larger dimensions and/or cables containing steel. The combination of equipment is able to increase the input capacity up to approx. 400 kg per production hour processing dry cables with a maximum diameter of 40 mm. The capacity depends on method of feeding and screen size in the Rasper.

In March, 2011, the Micro Module/E250C and Rasper has been in production at Hierros y Metales Díez for almost 1,5 years, and it is running like a clockwork producing high quality copper. Production Manager Pepe Diez comments “We have always dreamt of a machine that would turn scrap into gold. Well, this machine is one of the closest to that dream, in terms of input-output.”

The relationship between Eldan and Hierros y Metales Díez is mutually respectful, and a bit special. “Since Jesús and Pepe were our first customers of the Micro Module/E250C and Rasper, we naturally have a closer relationship to them. The feedback has been really positive, and it is always nice to know that a customer return when they plan to acquire additional equipment” says Flemming Hansen, Product Manager for cable recycling at Eldan.

A good relationship in combination with high quality equipment is the optimal solution. Eldan has many well known customers in Spain, and success leads to success. Jesus Díez comments with a laugh; “No matter if there is currently a machine running or not, when we are in need of equipment, we will always buy it from Eldan”.

During the past 13 months, Hierros y Metales Díez has processed 900 ton of low copper content cable, coming from WEEE:

“It is amazing to see the high quality of the output product, coming from such a difficult input material” says Jesus. “We would recommend anyone who is interested in a low capacity cable recycling plant to acquire a Micro Module/E250C and a Rasper. Eldan equipment and the continuous support is truly worth every cent!”