TAB is a Slovenian producer of lead acid flooded, VRLA AGM and VRLA Gel batteries. They run three modern production factories with approx. 900 employees. TAB was established in 1965 as a subsidiary of Rudnik Mežica Holding (Lead Mine Mežica Holding). TAB is also active within recycling through its subsidiary MPI Recycling. MPI Recycling is responsible for taking care of ecological removal and decomposition (recycling) of used batteries. 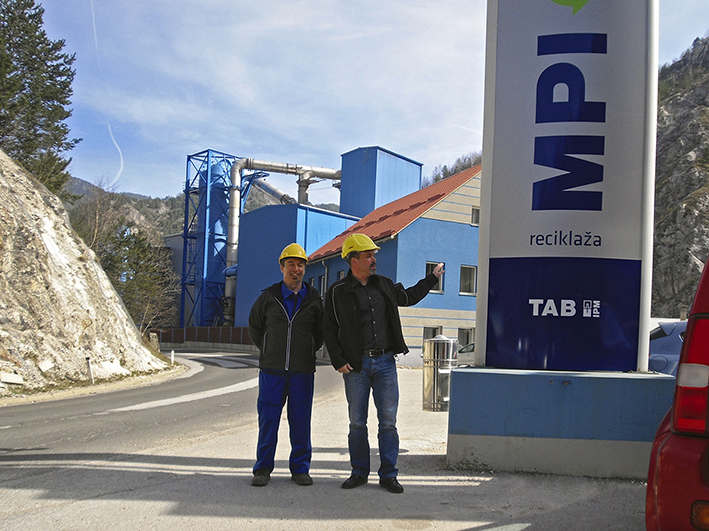 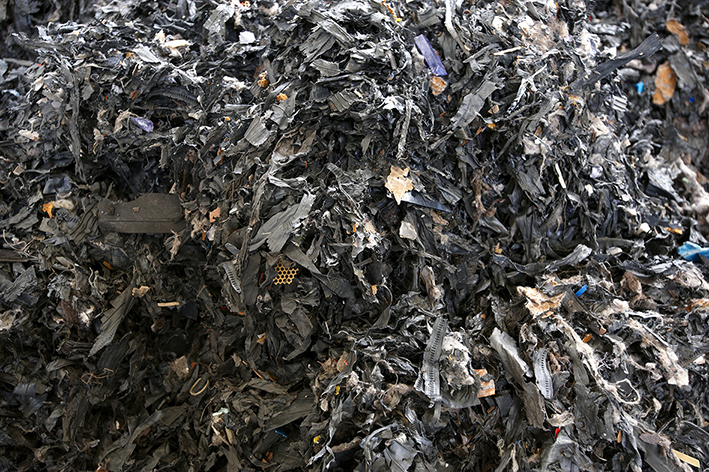 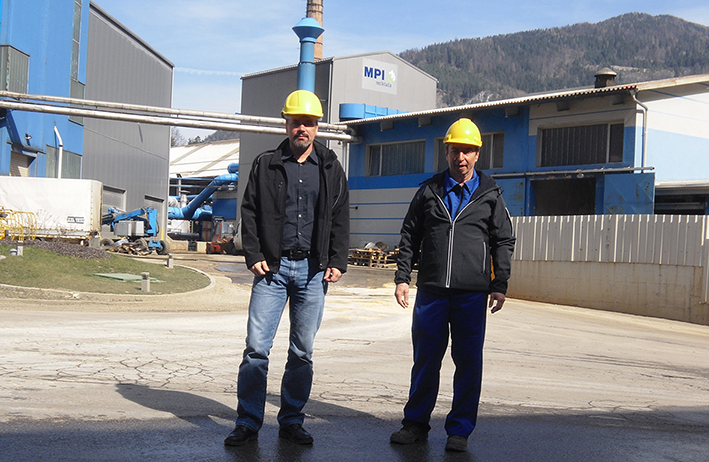 MPI Recycling d.o.o., located in the picturesque valley of Meža river, surrounded by mountains, is the only company in Slovenia, and wider area, active within recycling of used lead-acid batteries and other lead-base waste. The secret behind the success is tradition, extensive experience and the best equipment and powerful filter facilities.  This ensures the company the highest quality level of processing, at the same time keeping the environmental impact as low as possible.

The owner of MPI Recycling, TAB Group, is a Slovenian producer of lead acid flooded, VRLA AGM and VRLA Gel batteries. They run three modern production factories with approx. 900 employees, throughout the Group. As a step towards a sustainable future, TAB are also actively taking care of ecological removal and decomposition (recycling) of used batteries in its subsidiary company MPI Recycling. Through MPI Recycling, TAB ensure the completed life cycle of a battery; from its production to recycling and reuse of lead, polypropylene and sulphuric acid. The consumer of the battery can be sure that all returned batteries to TAB and their lead content will be reused and that all procedures required by law will be respected.

MPI Recycling first came in contact with Eldan Recycling in 2010, through a mutual Danish contact, KONGSKILDE A/S, whose plastic cleaning equipment is being used in their downstream process. This was a new field for Eldan, and Jan Kjaer, Product Manager at Eldan visited the company in Slovenia to see which material they wanted to process. After having presented a solution, and material tests had been conducted at Eldan’s production facility in Faaborg, Denmark, MPI acquired an Eldan Granulation line, in 2010, for processing and separation of lead separators. Lead separators consist of polyethylene and some percentage of lead, as a mixture, and are used in every car battery construction, as an isolator, which allows ions, (i.e. electricity) to be transferred, while keeping material in place.

Previously, during old separation technology of batteries recycling process, such material would be treated as a pure waste and dumped on disposal area. In attempts to clear up the disposal area, liberating more space for the disposal of metal slag, MPI has found a new potential market for separator waste, where such material can be burned in Austrian incineration plants, producing energy. Following this procedure, delivered material must be granulated to the size of ≤15 mm.

Having that in mind, MPI’s Production Manager Viktor Fortin and main technologist, Alojz Grauf came to the idea to solve both aspects of the same problem, i.e. ENVIRONMENTAL and ECONOMICAL by asking themselves: “why not separate lead from that granulated material and return it back into production?”. After a few tests performed at Eldan, both sides realized that for effective separation, material must be sized down to ≤8 mm, and so that become a main parameter for the determination of the separation plant.

The plant included one Fine-Granulator (FG952), one Over-band Magnet (DM1450), Separation Table (C22) and two Silos (BF and SMV). The plant would be able to process lead separators with polyethylene with maximum thickness of 2-3 mm, at capacity of approx. 2-3 ton/production hour separating lead ≤8 mm and polyethylene ≤8 mm.

The lead (<8 mm) is further processed in rotary furnaces in order to extract the raw lead. The raw lead undergoes refining, which results in lead alloys ready for their internal consumption, i.e. new battery production as done by TAB.

The environmental issues, health protection measures and safety of workers attract the company’s special attention. Companies within the TAB Group are certified with ISO 9001, ISO 14001 for Environmental protection, and OHSAS 18001 for Health protection. All values (released into the air or water) are within their strict limits and are measured on real time basis.

The only lead separator recycler in Slovenia

Each year MPI Recycling produces 30.000-35.000 tons of refined lead and lead alloys. This amount corresponds to approx. 70% of the total annual lead consumption within the Group, so the rest of the metal is imported from abroad, in a form of ingots.

For this production the company require approx. 50.000-70.000 tones of raw materials (waste materials), which are collected locally in Slovenia but also imported from the countries such  as Italy, Croatia and Bosnia and Herzegovina.

In 2012, TAB made the acquisition in Probistip, Macedonia by buying “VESNA SAP, car batteries” manufacturing plant, a well known brand in former Yugoslavia. They were already investing in a new technology and setting up recycling facilities there, in addition to TAB Group who will become the leading battery producer in South East Europe.

“We are happy with the Eldan equipment, and it is very efficient in separating into both fractions – lead and polyethilen,” says Grauf. “As far as we’ ve been told, we are the only company in the world using Eldan equipment for this purpose!”