Knowing your equipment is key

Tyre recycling is no news in the Emirates

Złomex purchase and process steel scrap, and some nonferrous scrap. Since 2011 they are also active within tyre recycling (with possibilities to also recycle cable and WEEE). The aim is to become a wide range recycling company who take care of different waste and scrap products. Employees in total 110 of which 6 full-time within tyre recycling. 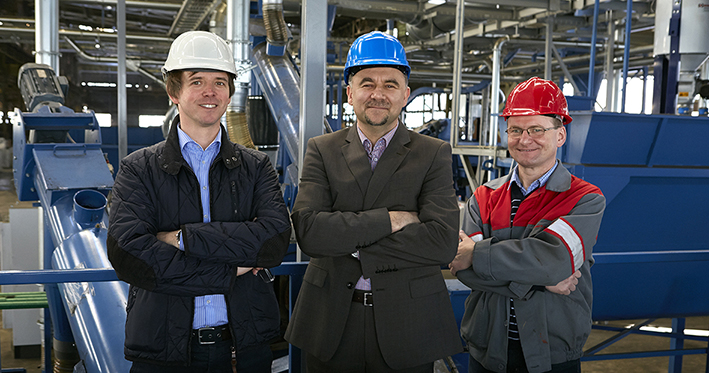 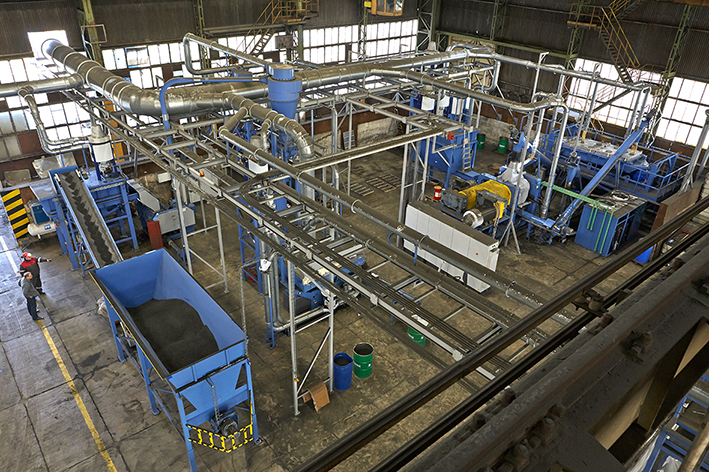 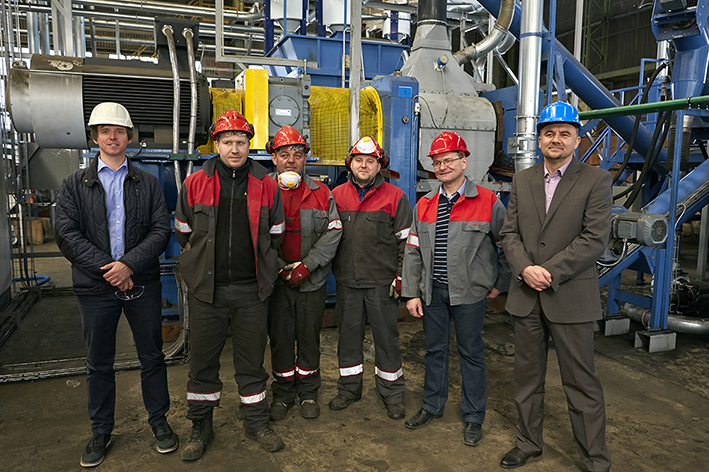 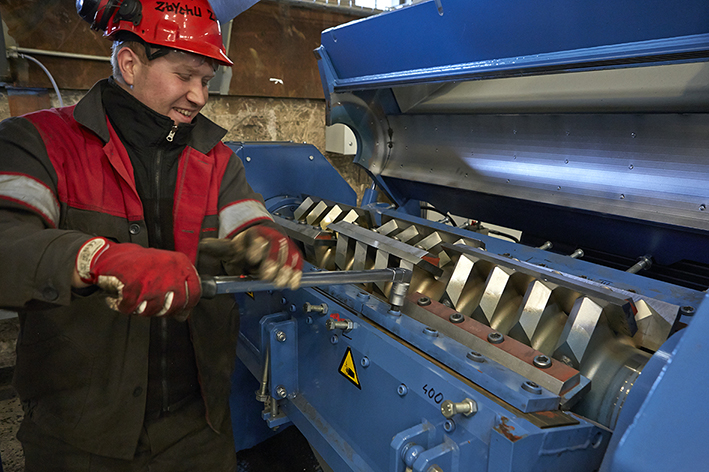 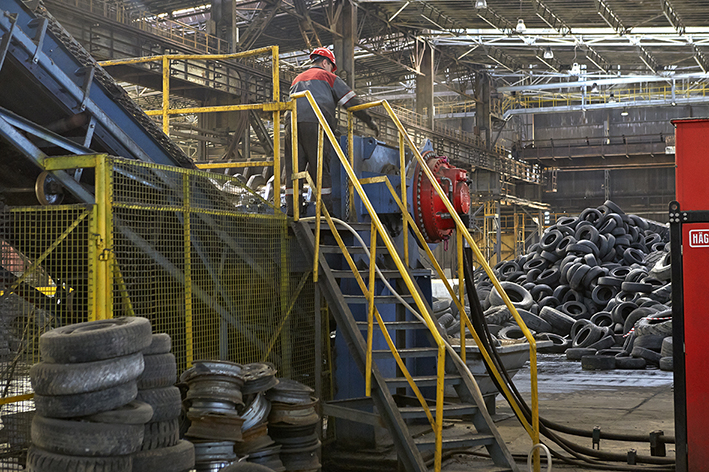 Zakład Przerobu Złomu “Złomex” S.A. is an experienced recycler located in Poland. Up until 1992 they were a part of the neighbouring steel work, Huta im. T. Sendzimira in Kraków (presently ArcelorMittal Poland S.A.), but was then acquired by investors. Today, main business is still purchasing and processing of mainly steel scrap, but also some nonferrous scrap.

Through this steel scrap business Złomex got introduced to the tyre recycling industry. “I remember that we were visiting a tyre recycling company in Poland, where there was a large pile of steel wire in their yard, deriving from their tyre processing. No one wanted anything to do with it! I remember thinking they are in the tyre recycling industry, and do not use that large share of the tyre to anything good? We are in the steel scrap business, and it’s our duty to find a industry scale solution for it,” says Jacek Oleszek, Vice President of Zakład Przerobu Złomu “Złomex” S.A..

Złomex decided to look into the matter, and after a thorough market research, Złomex ended up in deciding between two large suppliers of recycling equipment present with representatives in Poland. “We chose Eldan since doing serious business with them was very easy. We had an open dialogue with Eldan through their Polish representative, Tomasz Kajzer [at Rub-Met] about what we wanted to achieve, and what at which conditions, “says Oleszek. “There were three main differences between the two potential suppliers, which made us decide to go with Eldan. First, Eldan was open to discussions regarding the plant set-up, when the other potential supplier merely offered a package solution and was not receptive to modifications or changes. Second, we where invited to visit several reference plants through Eldan, while the competitor did not find any for us to visit. Third, Kajzer and Eldan was, and still is, always available for us. It does not matter if the matter requires a visit or merely getting additional information to us. In an investment as important as this, trusting your supplier is vital.”

Focus on the unwanted fraction

In 2010 Złomex acquired an Eldan Tyre Recycling Plant (C-plant) including a Super Chopper (SC2118T) and a Multi Purpose Rasper (MPR200T). They would be able to turn the end-of-life tyres into rubber chips and tyre wire. They wanted to sell the rubber chips to cement plants in the region, to be used in incineration.

“Złomex was my first customer in Poland who was active within other recycling branches before entering tyre recycling,” says Tomasz Kajzer, at Rub-Met, Eldan Recycling’s representative in Poland. ”During our initial meetings I actually asked them why they wanted to enter tyre recycling, since it at that time seemed like a far fetched idea for a steel scrap processor. Their answer was that they wanted to acquire more steel scrap – i.e. get hold of the steel wire from the tyres. In the past the tyre wire coming from the tyre recyclers was rather a problem than a business opportunity due to high content of impurities [rubber and textiles] trapped in the “raw” tyre wire.”

Expanding production – in many directions

After two years of TDF chips and tyre wire production Złomex decided to expand their recycling activities to include additional rubber fractions. They wanted to be able to offer three rubber products; TDF chips, rubber granulate and rubber powder, and therefore be more flexible to what the market demands. After discussions with Kajzer, Złomex realized that much of the equipment included in the prospective tyre recycling plant, would also be use in recycling of WEEE (waste electrical and electronic equipment) and cable. What if it was possible to recycle tyre, cable and WEEE with just minor modifications?

Finally they decided to acquire a tyre plant (E1500T) and a powder production plant (Cracker Mill – CM 900) which would allow them to also process cables and WEEE in campaigns, and to also produce rubber granulate and rubber powder. In order to get the combi-plant they added equipment to their existing production – e.g. Silo (V2), Fine Granulator (FG1504), Classifier (PC15), Drum Magnet, Aspirator (UP1500), Silo (SMV), Separation Table (C26), Cracker Mill (CM900) and an Eddy Current Separator for WEEE recycling purpose. The plant was also completed with automatic bagging system for all granulated and powdered products as well as a central automatic filter system.

Aiming to be a wide range recycler

The new plant combining processing of tyres with the possibility to process WEEE and cables is intended to operate in campaigns, which is a large advantage for the company in good times and bad. “When there is a change in the market, and one leg of Złomex gets weaker, we have the possibility to stand on the other legs. Also, when we see a new possibility in the market, or get an opportunity to handle a certain material, we can meet that opportunity. We are more flexible this way!” says Oleszek. “This kind of thinking was behind the final layout of the plant. We might have reduced the capacity of the tyre granulation plant, but instead we used that remaining money to increase diversity in the input material. TDF chips when the market is there, rubber powder when that opportunity arises etc.”

At the moment Złomex process approx. 10,000 tons of tyres annually. Out of rubber output material, almost 100% is presently sold to Poland. In the future Złomex want to increase their sales through export, like it’s the case with steel scrap products, sold to Germany, India and other markets. The new investment creates better possibilities in that respect thanks to diversification of the final products.

Złomex want to be known as the wide range recycling company who take care of different waste and scrap products. They are already the company to turn to in Poland if looking for rubber powder. The Eldan plant is the first, and also the only, powder production system in Poland processing end-of-life tyres.

“We have high expectations on the future of rubber powder production in particular for use as modified bitumen in asphalt. We naturally hope that research will find additional ways of using it, since the material has so many benefits. Used in asphalt, the rubber powder will improve e.g. quality, stability and durability,” says Oleszek. “Our customers are very happy about the final product and purity.”

Poland is the 6th largest economy in the European Union, and one of the fastest growing economies in the world. With increased awareness of environmental impact, as well as governmental legislation encouraging an environmental focus of production, the future look bright in the region. Private as well as governmental investments for a sustainable future are predicted to increase.

“Since we get many visits from potential Eldan customer, we often get asked the question: why do you continue to choose Eldan? The reasons are the same as when we desired to make the first investment in Eldan equipment – the flexible and modular solutions, the existing references world wide and the fact that Eldan personnel and representatives are always just one phone call away,” says Przemysław Matulka, President of Zlomex. “In addition – now we have also experienced the equipment ourselves, and have actively choose to stand by its quality as a reference.”

“When you mention Eldan to someone within the industry they say that the brand is equal to superior quality machines and service. Eldan is the number one brand to go to in Poland due to a good reputation and good references In Poland and the rest of Europe to back it up, “says Oleszek. “Even competitors make respectful comment about Eldan. Eldan is a very strong brand!”